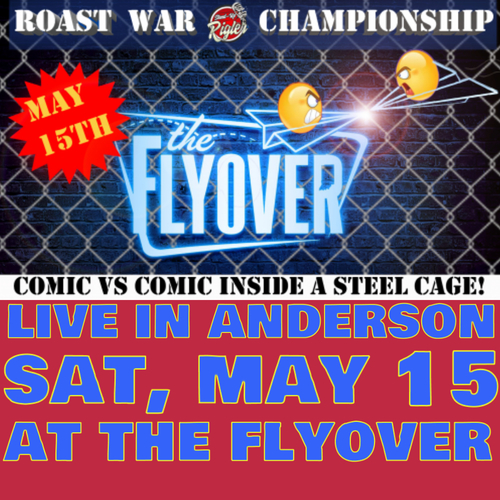 The Roast War Championship is a wild roast battle competition, held inside an actual STEEL CAGE!

It's like the UFC for Comics, but instead of punches, they trade punchlines in a hysterical battle of wits.

There are rounds, ring card girls and a panel of judges, everything you’d expect from a boxing/MMA PPV, only much funnier.

Most battles are decided by crowd noise and you're allowed to throw popcorn at the cage.

Everyone is a part of the show, and that’s why the Roast War Championship is the fastest growing live comedy show in the country.

On May 15, the RWC is bringing its biggest show yet to Flyover LIVE! At long last a champion will be crowned in Anderson. You have to be there! Buy your tickets now, and check out www.RoastWarChamp.com for more info. 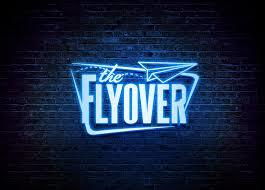